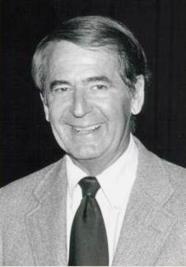 John D. Carter "Jack""Trust is the best brand of
optimism; you bet
everyone to win." JDC
Born in Polk, NE, Aug. 12th 1923, Jack was raised in Omaha. Getting to California where lawns are mowed, not shoveled in January, was his dream. A scholarship to Columbia Graduate School of Journalism, founding Australia's first public relations firm and PR work in Ohio, all combined to bring him to San Francisco in 1955.
After local PR work, he focused on fund raising for local and state-wide political campaigns, and then for cultural and educational institutions such as ACT, SF Opera, St. Lukes and Golden Gate Law School.
"What is mirth worth?"
JDC
He walked the streets and rode the buses, observing the scene, listening to the voices and music of the City, writing aphorisms in his ever-present back pocket notebook.
For the last 20 years Jack was an 'illustrating aphorist', with his paintings and books shown in local galleries and art shows.
"It was better then,
and it's better now." JDC
Jack passed away this January 16th, survived by his wife, Diane; children, Hugh and Jackie; Hugh & Kelly's son, Marshall; and Jack's step-children Libby, Tom & John Graham and their families.
"If there aren't miracles,
what's next?" JDC
rememberjack.aphorist@
gmail.com

Remove from My Saved Tributes